What would podcasting be without advertising? Well, it would still be podcasting, but just not on the same level.

An internal or an external entity (a person or a company) that is interested in inserting an ad/promo for a product, service, or event on shows/episodes owned by you.

A Campaign is a group of multiple flights from the same advertiser or sponsor. There are three types of campaigns.

Paid Promos are associated with a commercial advertiser.

Unpaid promos include public announcements, Intro, Outro, Cross Promos, Jingles, etc. They may be associated with an internal or an external sponsor.

A flight is basically an order or a task within a campaign that can be used to achieve a specific goal within the framework of a campaign.

Multiple flights can be created within a campaign to achieve a specific goal.

For mid-roll, add ad markers on the audio. For pre-roll and post-roll, ad markers are not mandatory. 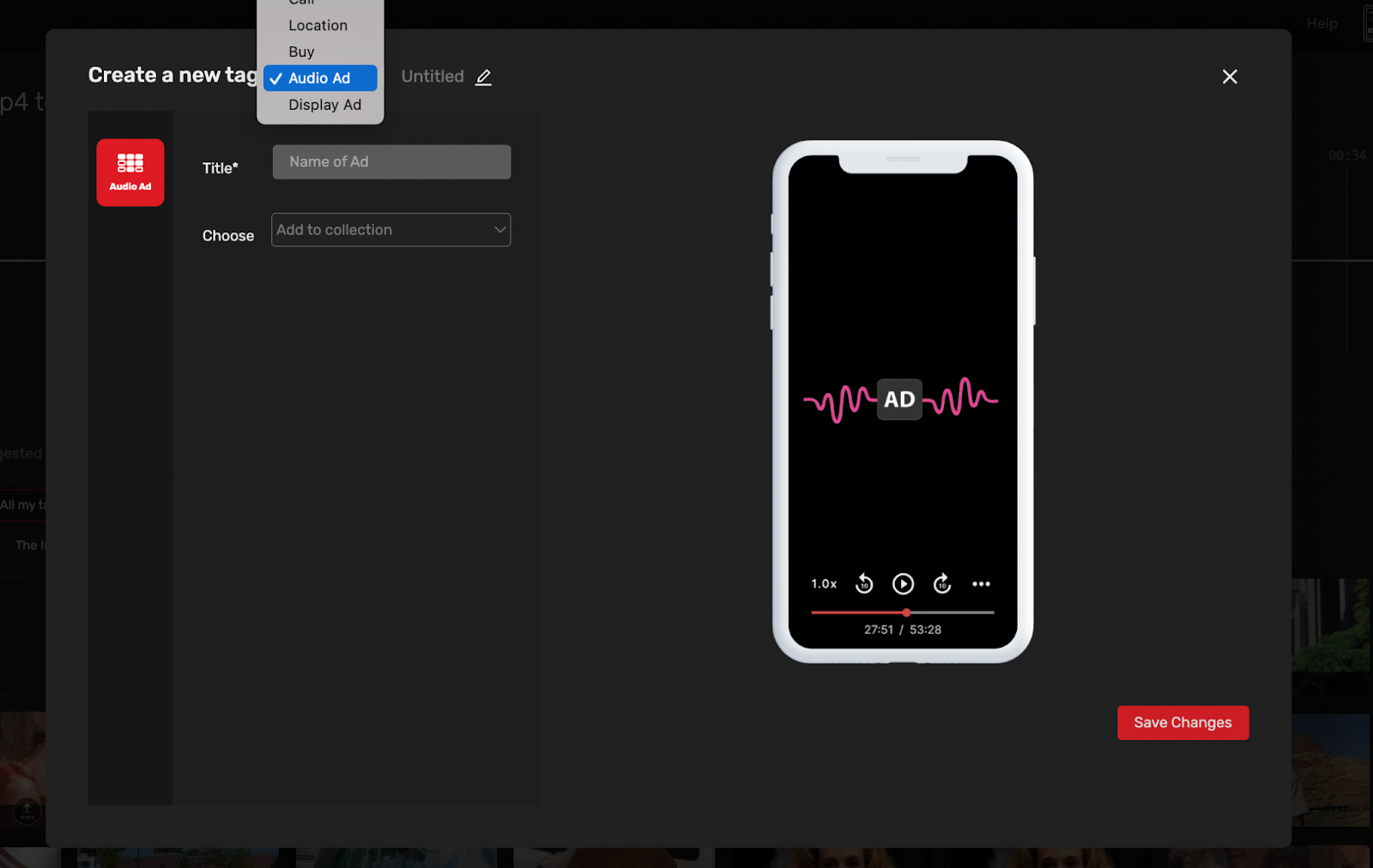 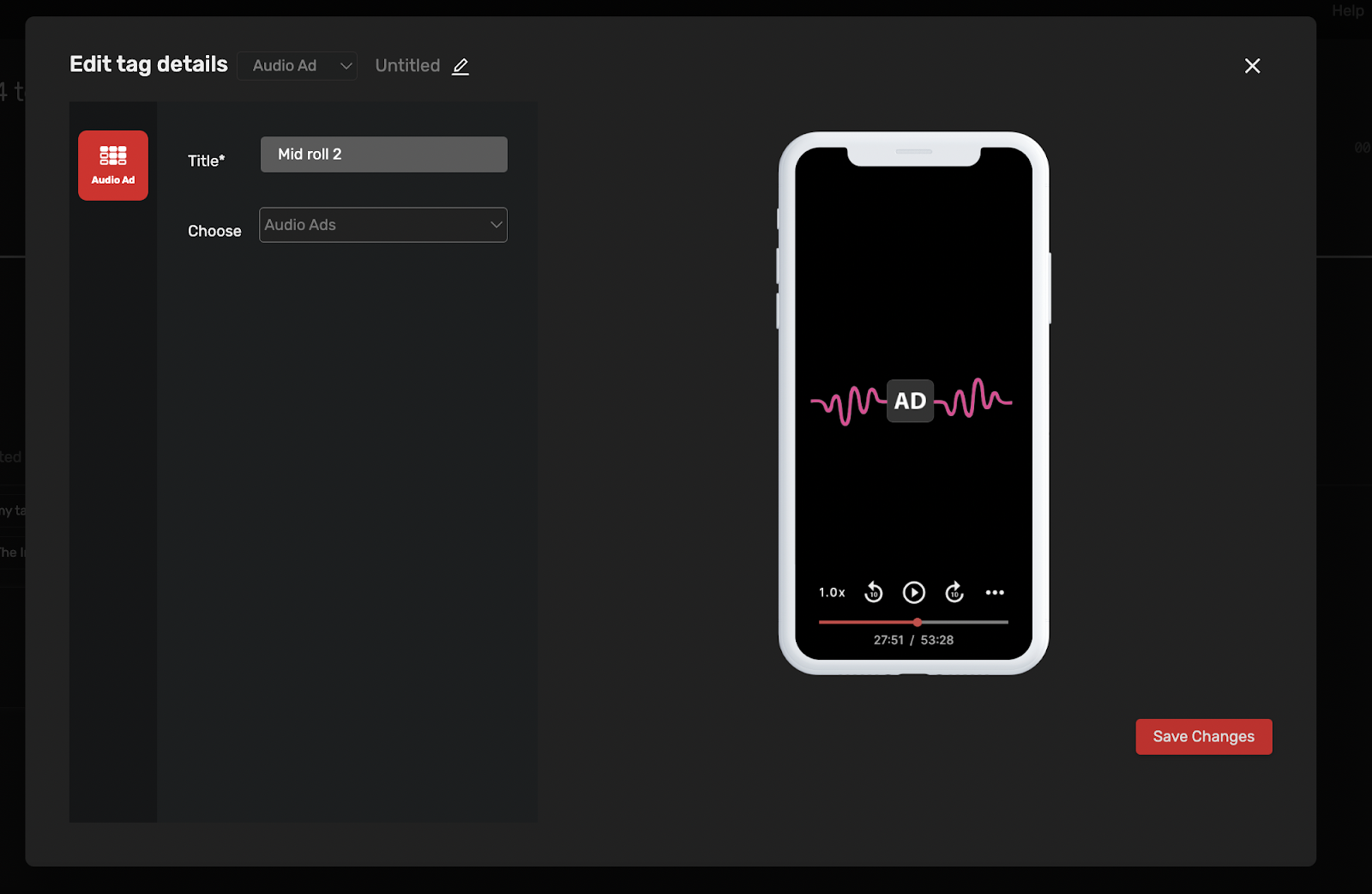 The ad markers are added to tag collections. 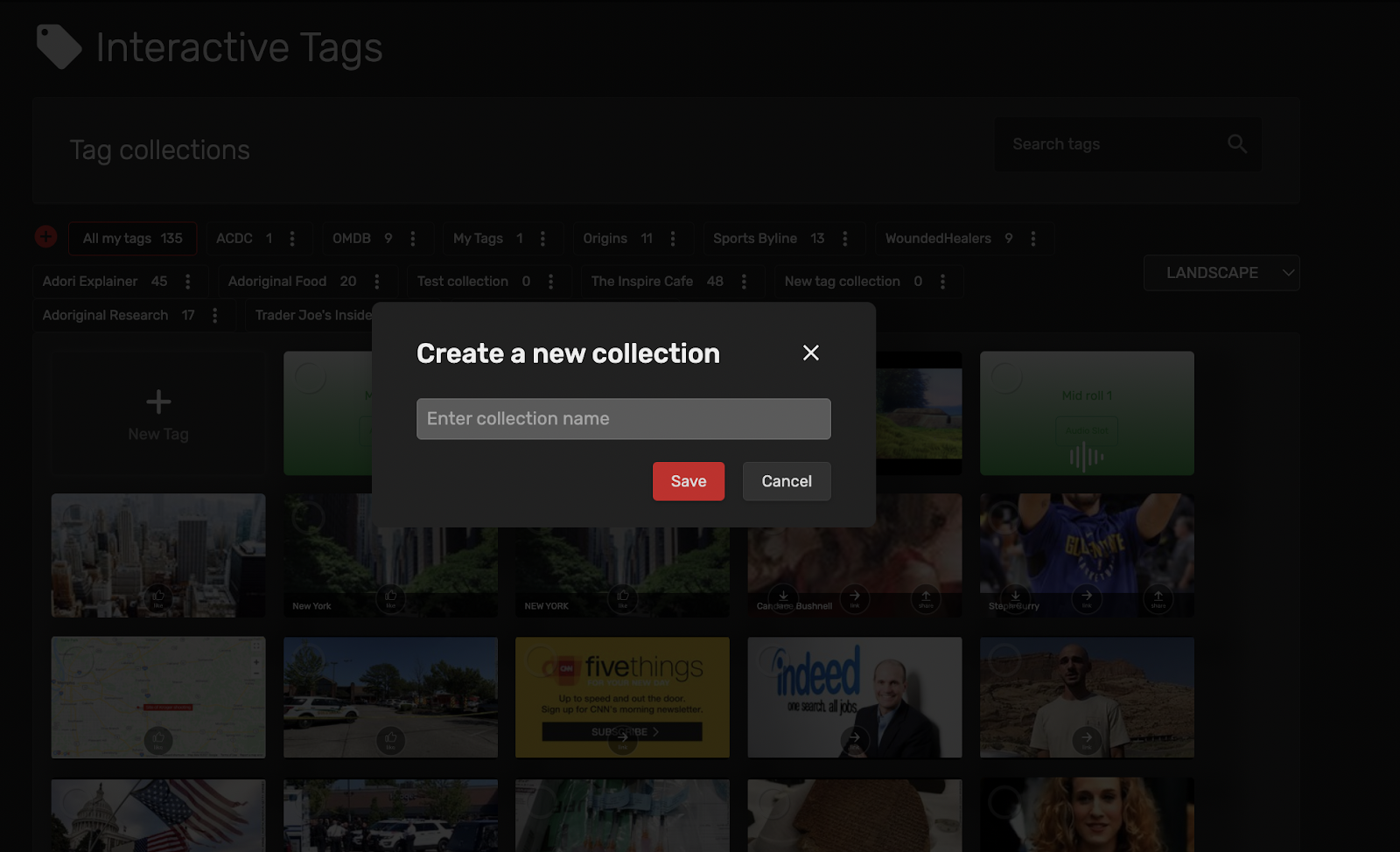 Drag the ad marker to the audio timeline.

The position of the ad marker can be changed by dragging the marker horizontally.

Edit the time manually to precisely place the marker up to millisecond precision.

Select the type of campaign you want to create 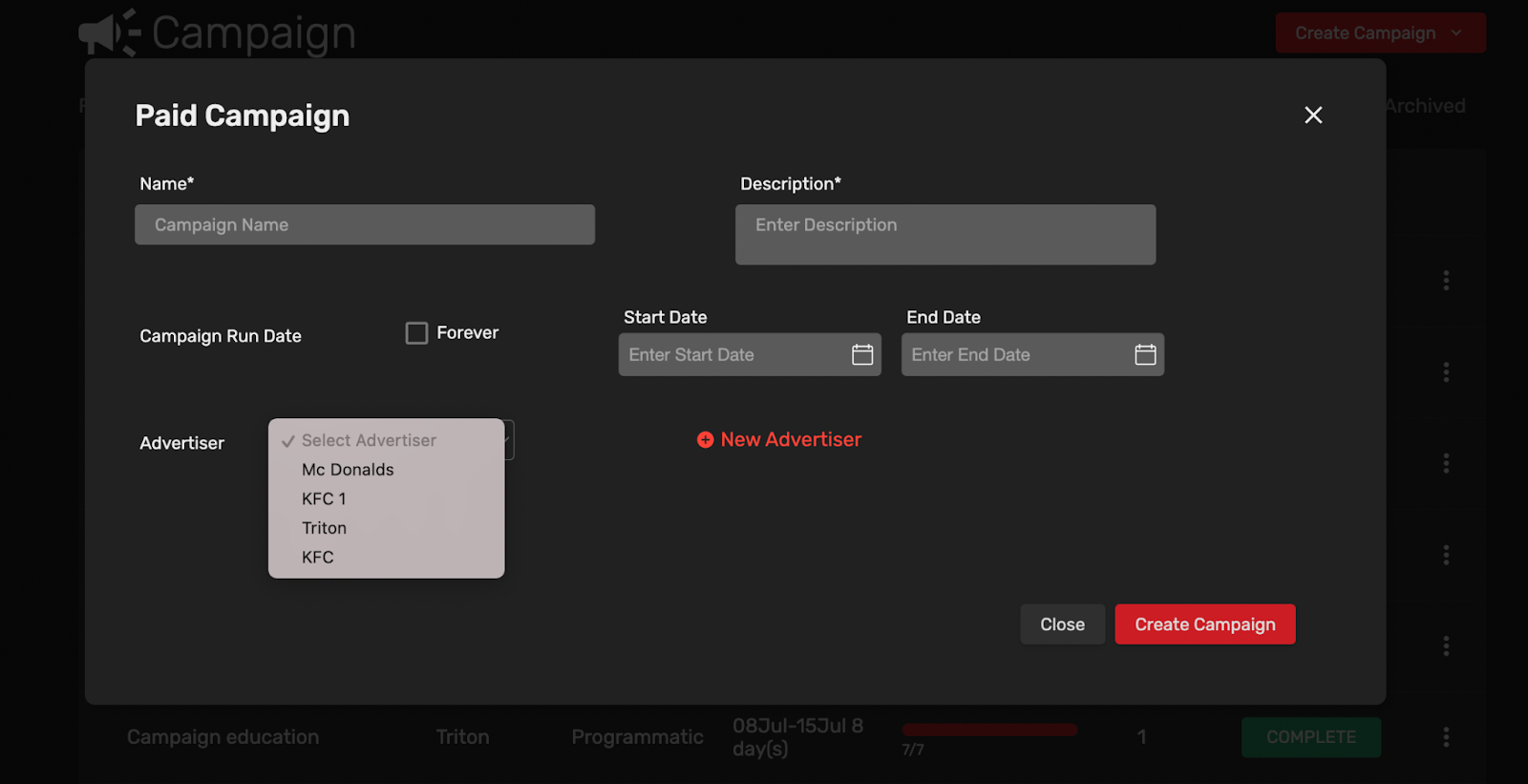 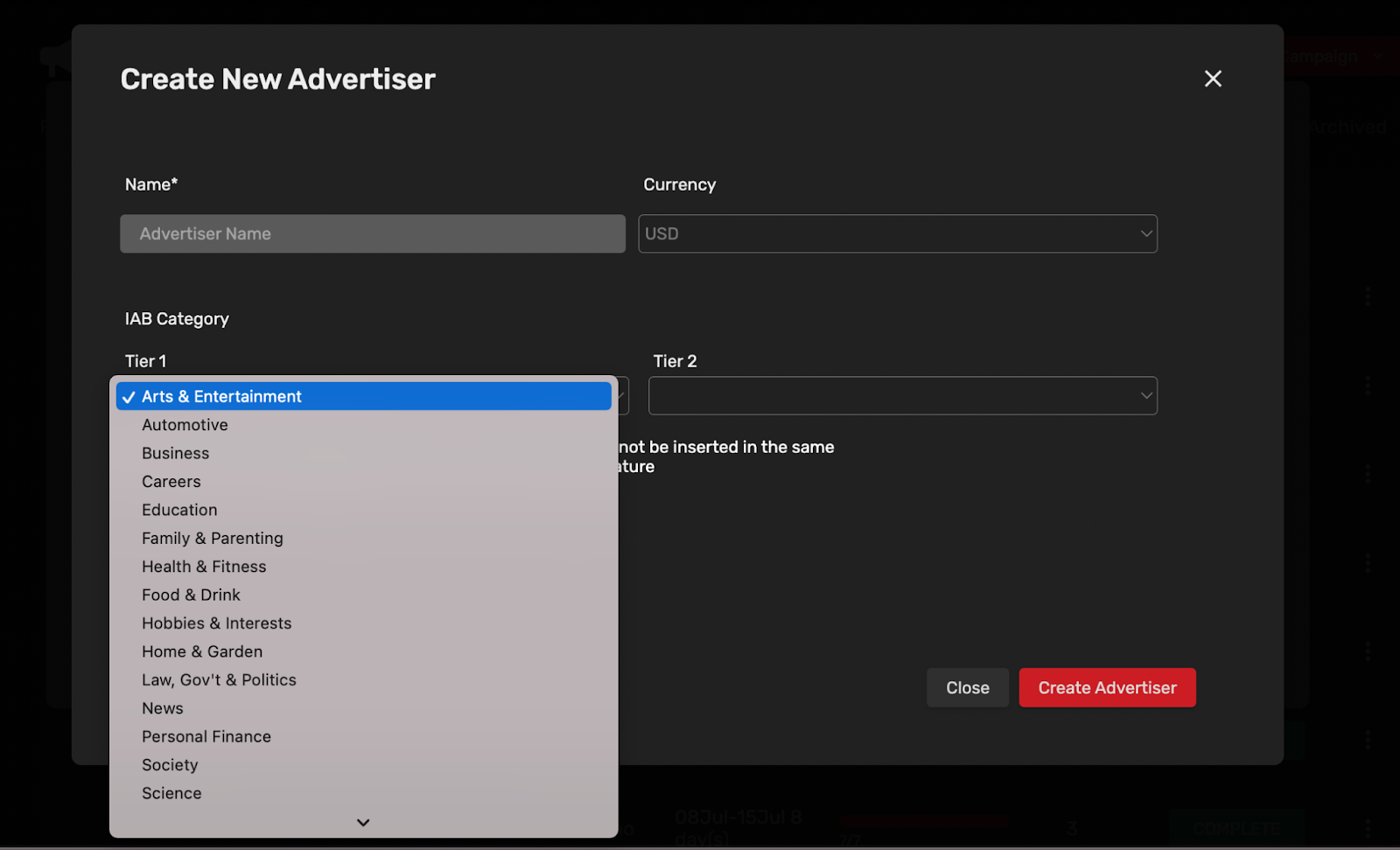 Once the campaign is set up, flights can be created underneath that campaign.

Click on the campaign name to view the list of flights for a campaign. Each flight can have different targeting options and a different start/end date within the confines of its campaign.

Click on Create Flight button to create a flight. 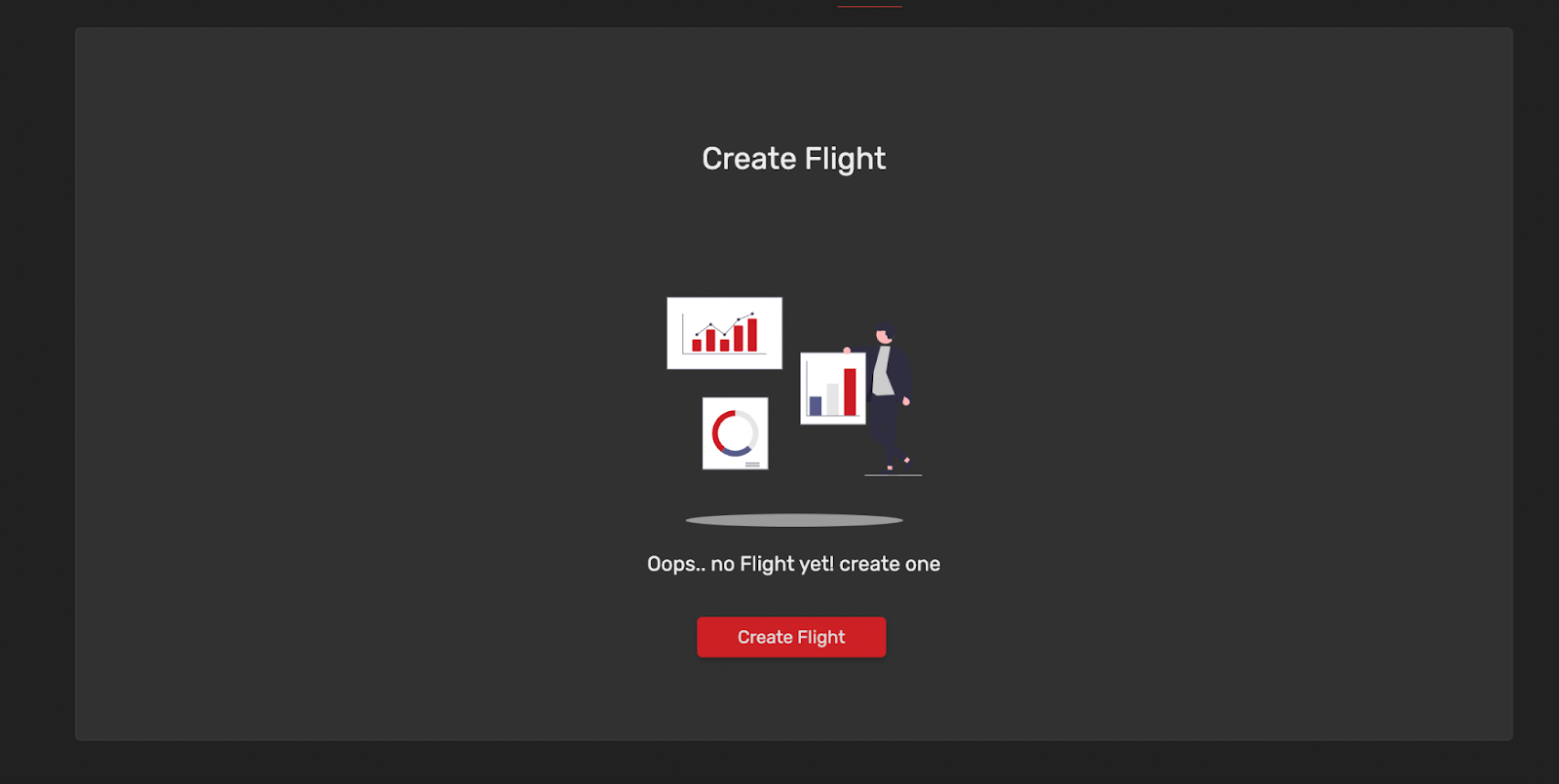 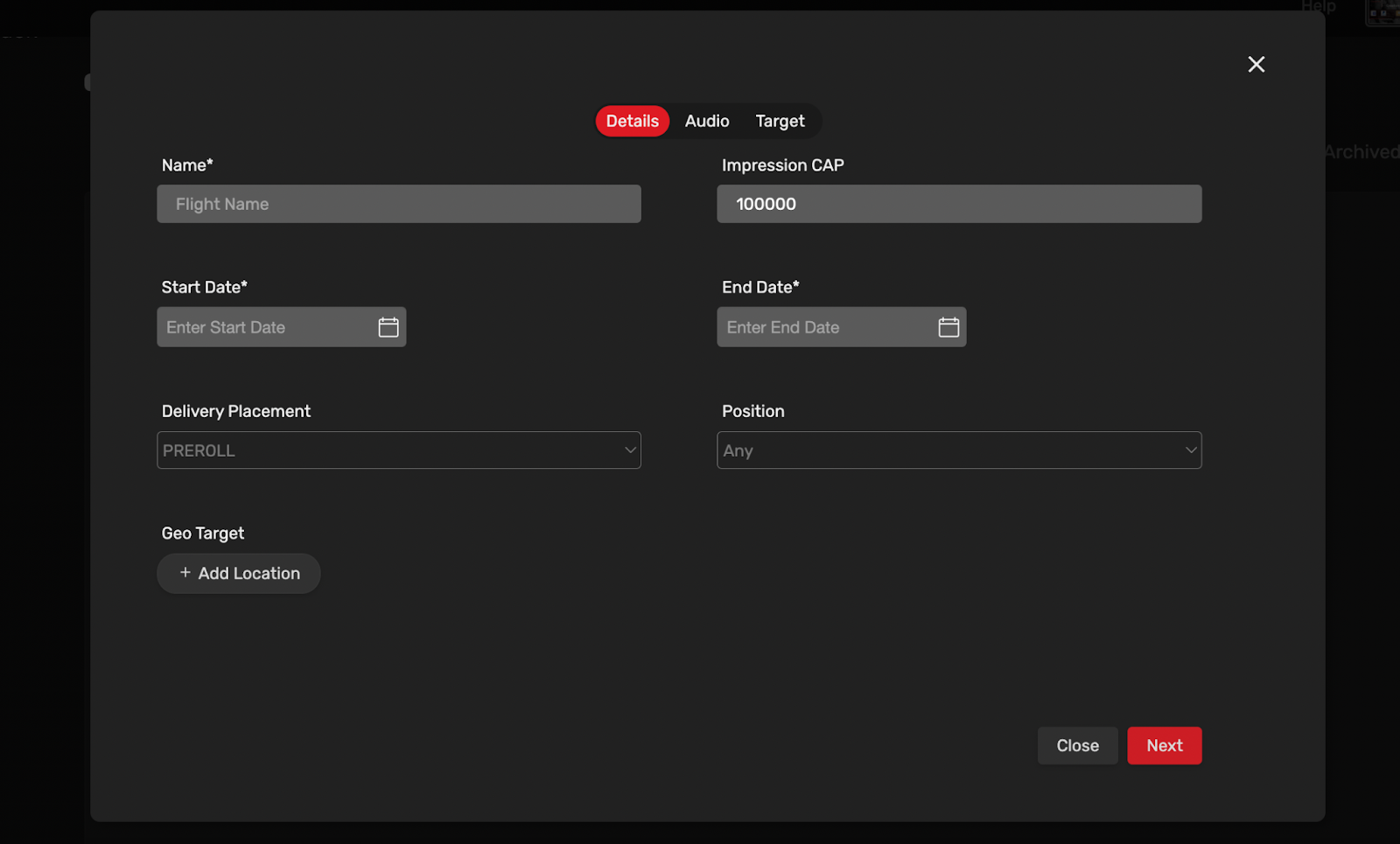 Select ad audio from the audio bucket or upload a new audio. 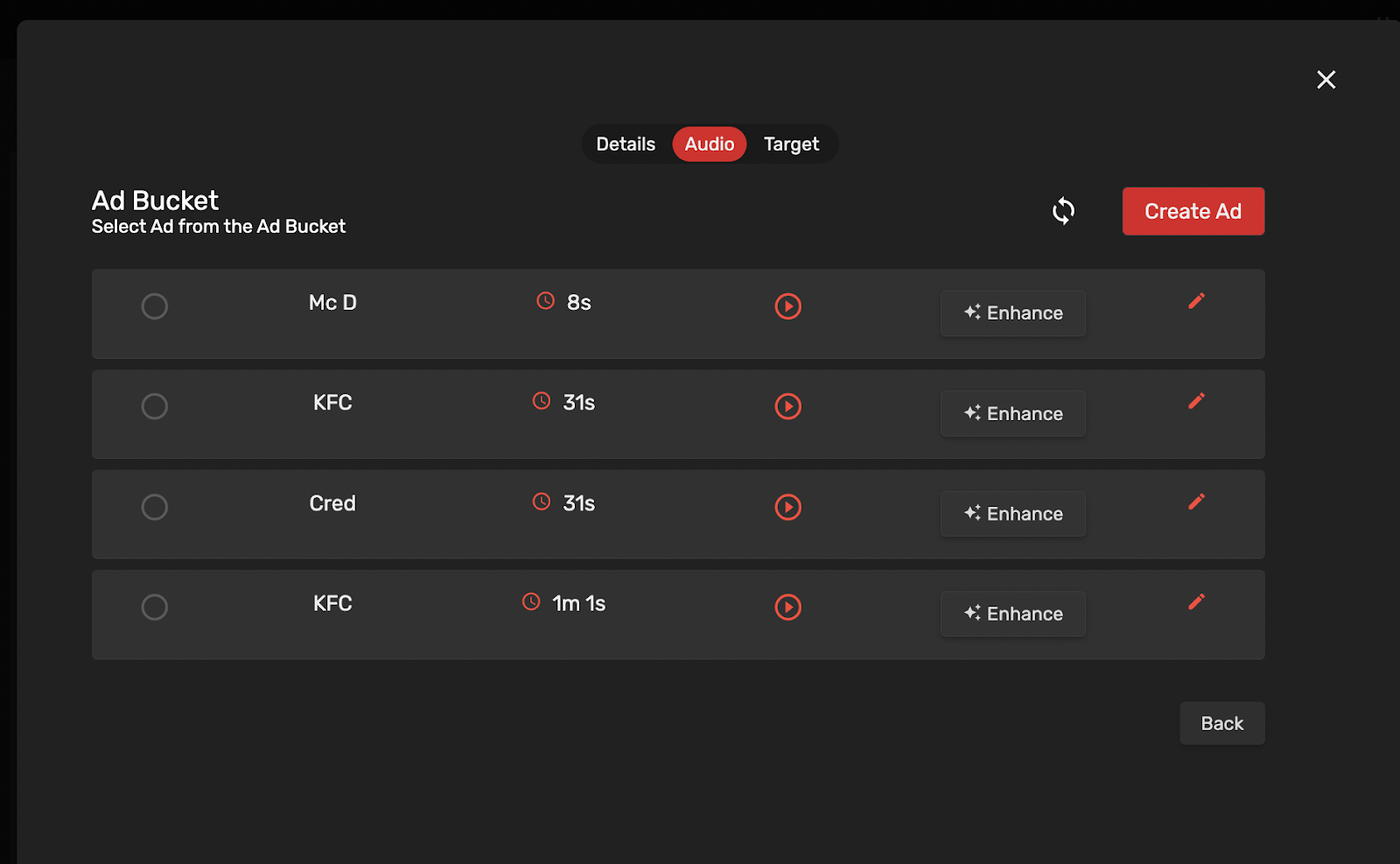 Select the shows to target. 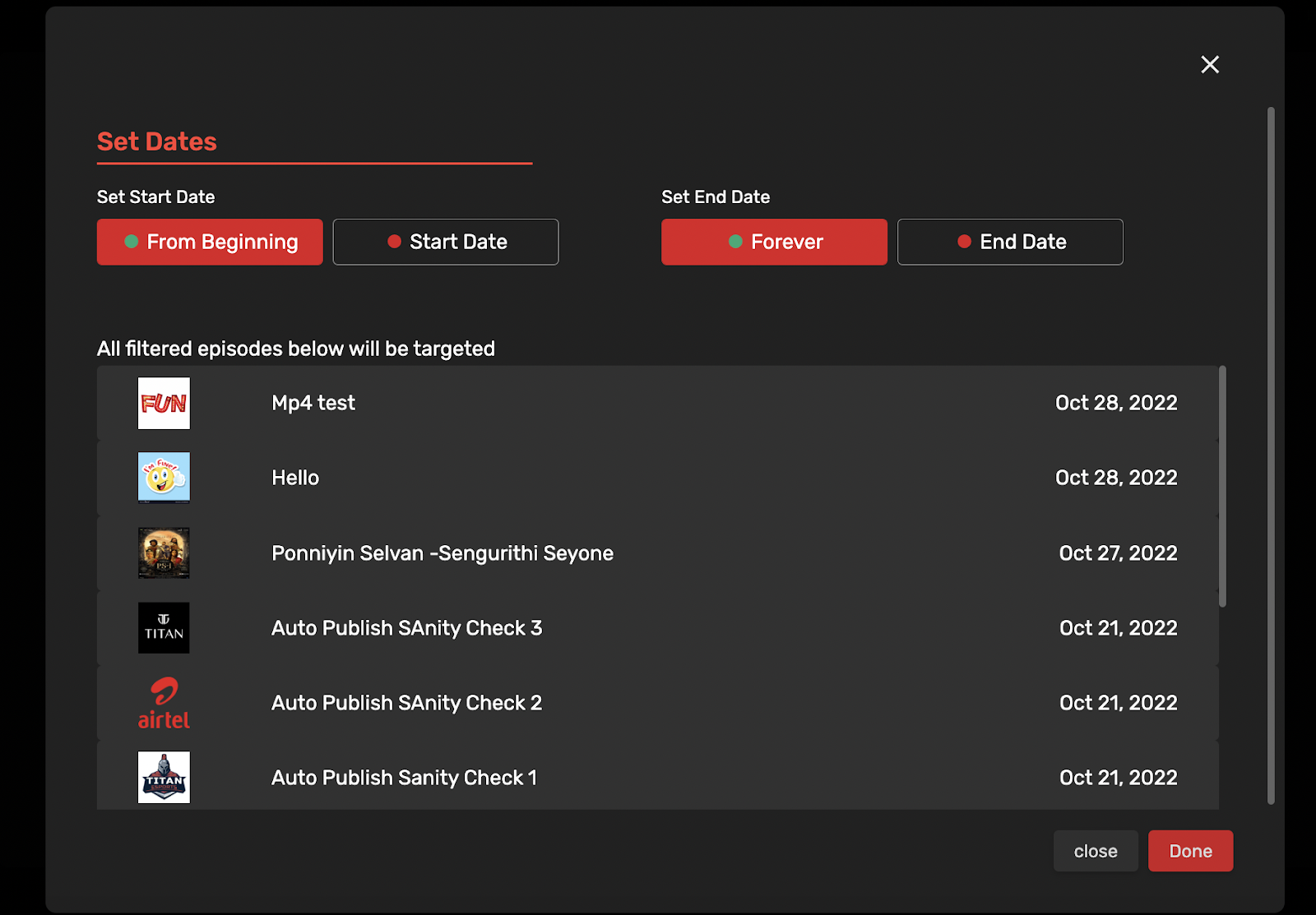 Review the shows selected and confirm. 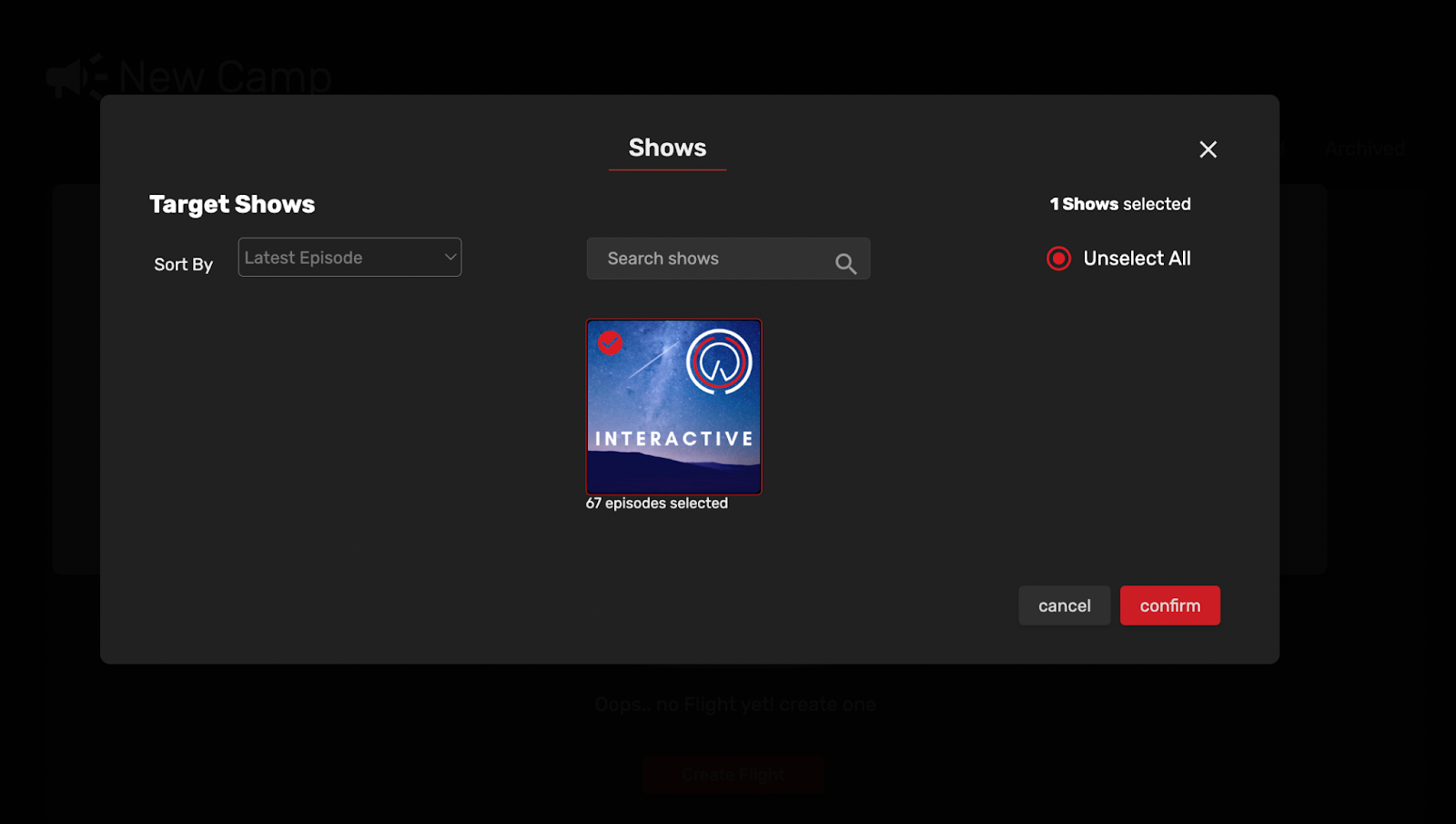 The newly created flight is visible in the list of flights. The flight is active only within the specified date range.

We also have a campaign analytics Dashboard available to the users and you can export your campaign data. 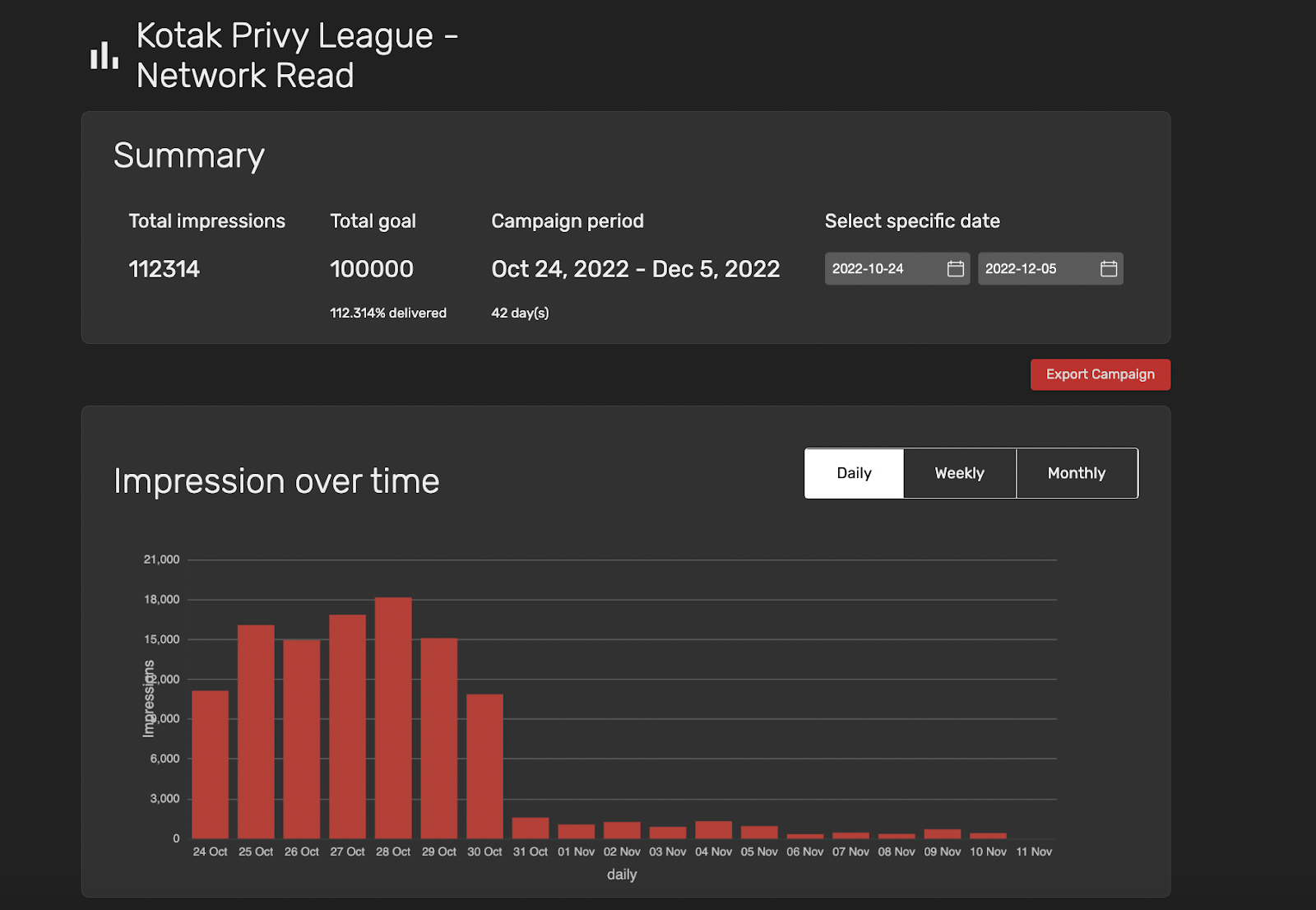 We also send out emails every day with status of your campaigns, so that you can keep a track of them

Did this answer your question?